To share your memory on the wall of Rodney S. Claybrook, sign in using one of the following options:

Provide comfort for the family by sending flowers or planting a tree in memory of Rodney S. Claybrook

Provide comfort for the family by sending flowers or planting a tree in memory of Rodney S. Claybrook

Print
Rodney S. Claybrook passed away peacefully at his home surrounded by family on Wednesday, October 28, 2020.

Born on January 30, 1930 in Crockett County, TN to Hobart and Allena Claybrook, Rodney was the youngest boy of their seven childr... Read More
Rodney S. Claybrook passed away peacefully at his home surrounded by family on Wednesday, October 28, 2020.

Born on January 30, 1930 in Crockett County, TN to Hobart and Allena Claybrook, Rodney was the youngest boy of their seven children. Educated in the public school system of Alamo, TN, he graduated from Central High School.

After serving in the US Army as Private 1st Class, Rodney received his Bachelor’s of Science Degree from Lane College and his Master’s in Education Degree from Middle Tennessee State University. He was an Administrator with the Chattanooga City School System up until his retirement in 1993 after 36 years in education.

At an early age he professed his faith in Jesus Christ, and after moving to Chattanooga, Tennessee, joined Warren Chapel AME Church where he was a member until his death.
He was a lifetime member of Alpha Phi Alpha, Fraternity, Incorporated and the Lillie White Lodge #293 P.H.A. He was an avid gardener, and pioneer CB Radio operator. He served on several boards including James A. Henry YMCA, Progressive Teachers Credit Union, and various other organizations.

To send flowers to the family or plant a tree in memory of Rodney S. Claybrook, please visit our Heartfelt Sympathies Store.

Receive notifications about information and event scheduling for Rodney S.

There are no events scheduled. You can still show your support by sending flowers directly to the family, or planting a memorial tree in memory of Rodney S. Claybrook.
Visit the Heartfelt Sympathies Store

We encourage you to share your most beloved memories of Rodney S. here, so that the family and other loved ones can always see it. You can upload cherished photographs, or share your favorite stories, and can even comment on those shared by others.

Posted Nov 07, 2020 at 09:13am
I was so sorry to hear of the passing of Mr. Claybrook. He was my fifth grade teacher. I remember him also for the Volkswagen Beetle he drove at the time because he showed us that the engine was in the back of the car. He was a great teacher and a very nice upstanding man. My husband and I would see him at different times and would have brief conversations. My condolences to the family. Your family can be proud of him.
Comment Share
Share via:
CM

Posted Nov 05, 2020 at 08:17pm
I've known Mr. Claybrooks for many years, he was a teacher of mine and my principal thru out my years in public school here in chattanooga.
Comment Share
Share via: 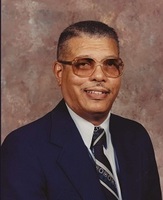