To share your memory on the wall of James Chism, Jr., sign in using one of the following options:

Provide comfort for the family by sending flowers or planting a tree in memory of James Chism, Jr.

Provide comfort for the family by sending flowers or planting a tree in memory of James Chism, Jr.

James was never one to go along to get along; being the creator verses the follower of his drum. To quote James – “I strive to create my works of art in a way that is pleasing to the Yoruba concept known as Ase` (ah-Shay) or “so it is.” Ase` is the power given to make things happen and produce change. That is my art in a nutshell. I aim to inspire and make change in a way that is non-objective, unapologetic and nonconforming.”

Up until his untimely passing, James continued to push himself as an entrepreneur in the early stages of his consulting company; as a co-host of the Chess Not Checkers podcast by Kingship Chess Academy with founder & childhood friend Anthony Gladden; membership in organizations such as Detroit Artist Market and Embrace Creatives; as a featured artist in publications such as Between The Lines and Metro Detroit Times; and participating in events & exhibitions such as Brothers In Motion (Light Box Art Studio), Detroit Little Library Exhibition (Light Up Livernois), heART Showcase (Quicken Loans), and I KAN DO DAT (Rush Arts Philadelphia and Upper Darby Art Gallery).

James lived and breathed creativity through poetry, teaching himself how to play the bass guitar, traveling, experimenting & cooking various foods, and absorbing culture. As one who never met a stranger, James formed numerous relationships due to his extraordinary presence and positive light. He loved to love, was attentive, a good listener, funny with a laugh that made you want to join in because of the good vibes he sent, a gentle giant with a sense of complexity & creativity that possessed je ne sais quoi.

A memorial service will be held privately and will be broadcasted live beginning at 10:00 am EST Saturday, August 15, 2020 at www.johnpfranklinfuneralhomefacebook.com.

To send flowers to the family or plant a tree in memory of James Chism, Jr., please visit our Heartfelt Sympathies Store.

Receive notifications about information and event scheduling for James

There are no events scheduled. You can still show your support by sending flowers directly to the family, or planting a memorial tree in memory of James Chism, Jr..
Visit the Heartfelt Sympathies Store

We encourage you to share your most beloved memories of James here, so that the family and other loved ones can always see it. You can upload cherished photographs, or share your favorite stories, and can even comment on those shared by others.

The Cornish Family of Georgia

Grace and peace to you in Jesus' name.

Please accept our condolences on the loss of your beloved James.

Posted Jul 22, 2020 at 10:18am
Shelba and Derrica. You and your family are in my prayers. I pray God give you comfort. James Jr. was a loving son, and brother. I chatted with him and he loved you Shelba. I pray for the family, his wife and nieces. The Shropshire Family love all of you.
Comment Share
Share via:

I will me you forever King!! You were the true definition of Brother!! Rest Eternally Champ!! 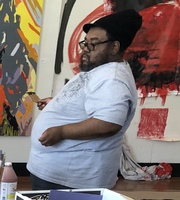 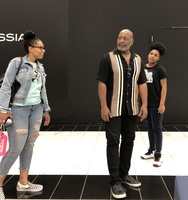 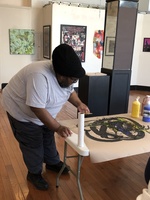