To share your memory on the wall of Bobby Lee Smith, sign in using one of the following options:

Bobby was born in Chattanooga to the late Ernest and Alberta Smith on June 2, 1938. He was a lifelong resident of Chattanooga. He ret... Read More
Bobby Lee Smith, 82, of Chattanooga Tennessee passed away on October 26, 2020 in South Pittsburg, Tn.

Bobby was born in Chattanooga to the late Ernest and Alberta Smith on June 2, 1938. He was a lifelong resident of Chattanooga. He retired from the City of Chattanooga Department of Public Works after 25 years. He was a veteran of the Vietnam War and served in the U.S. Army. He was awarded the National Defense Service Medal, Vietnam Service Medal and Vietnam Campaign Medal. He was member of Union Hill Baptist Church.

To send flowers to the family or plant a tree in memory of Bobby Lee Smith, please visit our Heartfelt Sympathies Store.

Receive notifications about information and event scheduling for Bobby Lee

There are no events scheduled. You can still show your support by sending flowers directly to the family, or planting a memorial tree in memory of Bobby Lee Smith.
Visit the Heartfelt Sympathies Store

We encourage you to share your most beloved memories of Bobby Lee here, so that the family and other loved ones can always see it. You can upload cherished photographs, or share your favorite stories, and can even comment on those shared by others.

Love, Your Moxy Family, Mary murillo, and other have sent flowers to the family of Bobby Lee Smith.
Show you care by sending flowers

Posted Oct 30, 2020 at 10:29am
There are no words to tell you how sorry I am for your loss. Please know that you and your family are in my thoughts and prayers.

Flowers were purchased for the family of Bobby Lee Smith. Send Flowers

The Elliott, Jordan and Morgan family 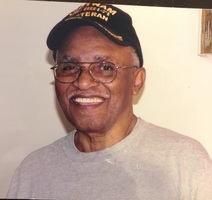