To share your memory on the wall of Zora Hill, sign in using one of the following options:

She was united in marriage to William Johnson Hill on October 24, 1955. They were married for 50 years, and were blessed with four children.

Zora was a devoted wife and mother who took great pride in the support of her four sons and husband. She was a little league mom for her husband’s baseball teams, The 51st Twins. She was employed by the Chattanooga Public School System, in the cafeteria, doing meal prep.

Zora joined Greater St. John Missionary Baptist Church in 1956, under the leadership of the late Reverend Samuel R. Spence. She served on the Senior Usher board. Although Zora was not actively involved in the various organizations of the church prior to her passing, she was still spiritually supportive.

To send flowers to the family or plant a tree in memory of Zora Hill, please visit our Heartfelt Sympathies Store.

Receive notifications about information and event scheduling for Zora

We encourage you to share your most beloved memories of Zora here, so that the family and other loved ones can always see it. You can upload cherished photographs, or share your favorite stories, and can even comment on those shared by others.

Kimberly and Neil Prigmore, Howard c/o '79, and other have sent flowers to the family of Zora Hill.
Show you care by sending flowers

Medium Dish Garden was purchased for the family of Zora Hill. Send Flowers

Posted Jun 01, 2021 at 12:23am
Ron, Our prayers are with you and your family at this difficult time. May God give you all the comfort you desire. 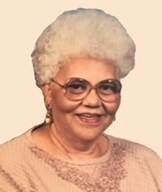