To share your memory on the wall of Willie Lee Tarver, sign in using one of the following options:

As a young man, Willie gave his life to Christ. After moving to Bristol, Tennessee in 1984, he became a member of New Hope Baptist Church in Bristol, Virginia, where he served on the deacon board and became a leader in the church for many years. Willie graduated from the Birmingham Public School System and went on to attend Miles College, also in Birmingham. Later in life, Willie returned to school to finish his education, earning a bachelor’s degree in Organizational Management from Virginia Intermont College in Bristol, Virginia.

Willie married Amanda Purdy, of Marked Tree, Arkansas, on February 11, 1966, in Poplar Bluff, Missouri. This union was blessed with three sons, Eric, Michael, and Kevin. He was a dedicated husband and a committed father to his family throughout his lifetime. He spent more than 20 years in the federal government as an administrator with the Job Corps, assisting thousands of young people earn their GEDs and learn a trade. He retired from Job Corps and embarked on a second career with the Bristol, Tennessee, Department of Housing, where he earned another retirement. Willie had a passion for helping and mentoring young people to reach their potential. He enjoyed tinkering with antique radios, and he loved to sing and play his guitar. Over the years, he was a member of several local gospel groups, performing throughout Northeast Tennessee and Southwest Virginia.

A homegoing ceremony will be held at 11:00AM EST on Saturday, April 17th, at Transforming Faith Baptist Church located at 5311 Upshaw Drive, Chattanooga, Tennessee 37416. Interment will follow at Lakewood Memory Gardens East.

All CDC mandates will be enforced at the church which include but are not limited to wearing a mask, social distancing, and assigned seating.

To send flowers to the family or plant a tree in memory of Willie Lee Tarver, please visit our Heartfelt Sympathies Store.

Receive notifications about information and event scheduling for Willie Lee

We encourage you to share your most beloved memories of Willie Lee here, so that the family and other loved ones can always see it. You can upload cherished photographs, or share your favorite stories, and can even comment on those shared by others.

Posted Apr 16, 2021 at 11:28am
Our thoughts and prayers are with you.Robert and Charlotte Young

Flowers were purchased for the family of Willie Lee Tarver. Send Flowers

Flowers were purchased for the family of Willie Lee Tarver. Send Flowers

Posted Apr 12, 2021 at 04:10pm
My thoughts and prayers are with Mr Willie’s family. I worked with Mr Willie for many years at Bristol Housing, assisting with inspections. Many fond memories. May precious memories bring you peace and comfort during this difficult time. With sympathy. Barbara Gentry
Comment Share
Share via: 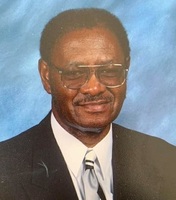