To share your memory on the wall of Virginia Wyatt, sign in using one of the following options:

Print
Virginia Wyatt went home to be with the Lord on August 23, 2020 at a local hospital.

She was preceded in death by her parents, Austin and Marie Parks; husband, Fred Wyatt Sr.; sons, Fred Wyatt Jr., Joel Wyatt, and Darryl Wyatt.
... Read More
Virginia Wyatt went home to be with the Lord on August 23, 2020 at a local hospital.

To send flowers to the family or plant a tree in memory of Virginia Wyatt, please visit our Heartfelt Sympathies Store.

Receive notifications about information and event scheduling for Virginia

We encourage you to share your most beloved memories of Virginia here, so that the family and other loved ones can always see it. You can upload cherished photographs, or share your favorite stories, and can even comment on those shared by others.

Posted Aug 28, 2020 at 09:10pm
Sister Wyatt was a great lady and a wonderful friend. She was an awesome woman of God. She was down to earth and so easy to talk to. I spoke with her a few days before her passing, We had a great conversation and I am so glad I got to hear her voice again. Sorry that was to be the last time. She is no longer in pain. No more suffering. Although we will miss her dearly let us rejoice because she is gone to see the King. Hallelujah!
Love you lady,
Sister Sharon Lewis

Posted Aug 28, 2020 at 10:47am
From the moment I met Sis. Wyatt she immediately loved on me. Her smile and glow reminded me of my late grandmother. She was more than just a church member but she was a grandmother figure to me. Any opportunity I had to feed her, I took advantage of it because I knew that she enjoyed good southern home cooked soul food! Sis. Wyatt, I love you and I will miss my hugs and miss our Sunday conversations, miss you requesting me to sing certain songs, Miss you asking me what I cooked, and miss my birthday cards. I will always love you and cherish our memories!
Comment Share
Share via:
AM

Posted Aug 27, 2020 at 11:50pm
One of the most loving I met through our deceased mother. They were friends years before we were born. She took a special interest in myself and my sisters after our mom passed away. We will miss her heart felt hugs and her sweet smile. She will always hold a certain place in our hearts. But we do understand the tears that will be shed during this time. But since we know she was one of God's choose ones we will not weep as those who have no hope. For we know that some glad morning when Jesus parts the sky and the dead in Christ will rise first to be caught up to meet Him then shall we all meet again. Ms. Virginia take your rest, we will meet again in the morning.
Love to the family
The Woods Sister (Anita & Eurdis)
Comment Share
Share via:
LH

Posted Aug 26, 2020 at 11:31pm
Mrs. Virginia Wyatt, one of the sweet people I knew. She was my mother and my friend and I will hold you dear to my heart for the remainder of my days. You lived by faith and you were definitely a child of God. Just knowing you are in God's hands. gives me comfort. I know without a shadow of a doubt, you knew how much I loved you. You will forever have a place in my heart. I will miss you mom, so you rest for now until we see each other again
Love
your 3rd daughter,
Lisa Suttles Howell

Posted Aug 26, 2020 at 08:23pm
I worked with Virginia for 20 plus years as well as with several of her children at intervals during that time.
I considered Virginia a valued friend and had respect for her whole family. Virginia took pride in her duties and was a positive example to all who knew her.
I would like to Express my sincere condolances to the members of her family because I know she will be truly missed.
God Bless.
Comment Share
Share via:
A

I love Sister Wyatt we always enjoyed each other's company we forever talking about food especially shrimp and spam sandwiches I'll miss her dearly.She was an angel in my eyes my prayers go to the family that I also love R.I.P. my dear sister!!! 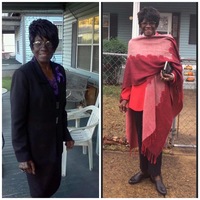 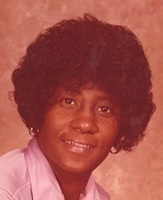