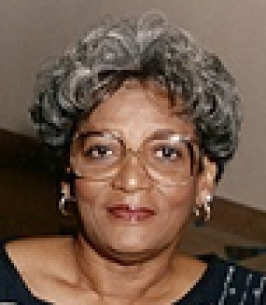 Ruby Paris, transitioned to her heavenly home on Sunday, March 20, 2022, at the age of 90. She was born October 1, 1931, to the late John Cecil and Willie Mae Jones. Ruby had four sisters and four brothers. She was born and grew up in Griffin, GA.

She worked at Memorial Hospital and retired after 25 years of service. She was a faithful member of New City Fellowship PCA until she succumbed to Alzheimer's, which took her life.

The family wants to thank her lifelong friend, Winnie Sue Duncan, Adoration Hospice, and its Support Staff; nurses, Sue Beatty and Ashley Johnson, who were faithful to her until the end.

The Graveside Service and Interment will follow immediately at Chattanooga National Cemetery at 11:00 am