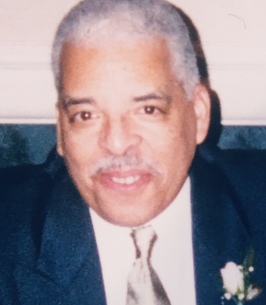 Ronald Boiseau Holmes, the eldest child of two, was born on May 19, 1940, in Chattanooga, TN, to the parentage of the late Robert Henry Holmes and Janet Woods Holmes. He graduated from Howard High School (Chattanooga, TN) in 1958. He attended the prestigious Howard University (Washington, DC) and graduated in 1964 with a degree in electrical engineering; subsequently, in 1968, he obtained a degree in mathematics from John J. Pershing College. Ronald was recognized as an inaugural member of the graduating class of this four-year liberal arts school. In 1991, he retired from the D. C. Department of Human Services in Washington, D.C.

Ronald B. Holmes transitioned to eternal rest on March 14, 2022, at the age of 81. He was preceded in death by his parents, Robert and Janet Holmes. To celebrate his life and cherish his memories, Ronald leaves behind his devoted wife, Corazon Holmes, of Hyattsville, MD; a stepdaughter; Berdette Jurilla (Rodrigo); one grandson, Railey Blythe, of the Philippines; devoted brother, Robert Earl Holmes (Mary) of Huntsville, AL; one niece, Kennedi Holmes, of Huntsville, AL; a host of cousins and friends.

Public viewing will be held from 9:00 am-11:30 am, Saturday, April 2, 2022, at the funeral home, followed immediately by a graveside service and interment at 12:00 PM at Lakewood Memory Gardens East.