To share your memory on the wall of Robert Williams, Jr., sign in using one of the following options:

Provide comfort for the family by sending flowers or planting a tree in memory of Robert Williams, Jr.

Provide comfort for the family by sending flowers or planting a tree in memory of Robert Williams, Jr.

On the beautiful God-given night of Friday, March 26, 2021 at 9:50 P.M God called Robert’s name and he answered. We were not ready for him to go but after battling cancer for 30 years he was tired and ready to rest at the age of 77. He would always talk about how he was ready to be with his beloved late wife of 30 years, Theresa Williams, and he finally got that chance after being without her for eight years.

Robert Jr. was born April 17, 1943 to the late Robert Sr. and Melveline Williams. He was the oldest of 5 children. In addition to his parents and his late wife he was preceded in death by his grandmother, Freda Sharp, brother, Lester Williams, daughters, Adelia Harris and Reneka Williams and sons, Barry Jones and Michael Harris

He was a 1961 graduate of Howard High School. After graduation he worked multiple jobs over the next 20 plus years then on August 1, 1983 he was blessed with a job working for the Hamilton County Sheriff’s Department. Although he loved his job he decided to retire a tad bit early after 23 years of service.

He was the true definition of “Ole School”. Growing up in the 40’s times were quite different so whenever someone would tell him the price of something he would say “WHAT!!” then he would tell you how much it used to cost back in the day followed by a story that would have you laughing so hard your stomach would hurt. During one of these stories we learned that Krystal burgers used to cost two cents.

He was a member of a bowling league and earned many trophies and awards with his team. He also LOVED to sing. His passion for singing actually earned him the nickname “Tammy” after singing it in a talent show. In the 60’s he sang with the group “The Fitalians”, which was one of the top R&B groups in Chattanooga at that time. Also in the group were three of his best friends, Thomas “Dopey”, Charles and Kenneth (all deceased). Robert also wrote and made a demo for a song called “Fight for Your Love” that was unfortunately lost.

The funeral service will be broadcast live beginning at 11:00 am EST Saturday, April 3, 2021 at https://www.facebook.com/jpfchattanooga.

To send flowers to the family or plant a tree in memory of Robert Williams, Jr., please visit our Heartfelt Sympathies Store.

Receive notifications about information and event scheduling for Robert

There are no events scheduled. You can still show your support by sending flowers directly to the family, or planting a memorial tree in memory of Robert Williams, Jr..
Visit the Heartfelt Sympathies Store

We encourage you to share your most beloved memories of Robert here, so that the family and other loved ones can always see it. You can upload cherished photographs, or share your favorite stories, and can even comment on those shared by others.

Pastors John and Melanie Butler, From Jacquelyn Williams Bonner, and other have sent flowers to the family of Robert Williams, Jr.
Show you care by sending flowers

Posted Apr 01, 2021 at 08:38pm
We are sorry for you loss. LaMonte and Dee know that your church family is praying for you and your family. Sincerely, Pastors J & M Butler and LWC3

Posted Apr 01, 2021 at 01:05pm
Praying 🙏🙏🙏 for the entire family as you celebrate the homegoing of Robert Williams, Jr. May God embrace you all and give you perfect peace during this season of bereavement. 💛💜Olivet Baptist Church 💛💜 Elder Henrietta Erskine.
Comment Share
Share via:
FB

Posted Apr 01, 2021 at 10:48am
Sent with love and remembrance, Melody your father will be missed greatly. 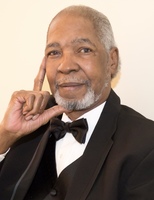