To share your memory on the wall of Rev. Dale C. Troupe Sr., sign in using one of the following options:

Provide comfort for the family by sending flowers or planting a tree in memory of Rev. Dale C. Troupe Sr.

Provide comfort for the family by sending flowers or planting a tree in memory of Rev. Dale C. Troupe Sr.

Dale worked 36 years at the U.S. Post Office where he retired. After retirement he moved to Chattanooga, Tennessee where he remarried with Wendelyn Acklin. To this union of 16 years, they had one child, Clinton Troupe.

Dale enjoyed playing solitaire, gardening, cooking, dancing and staying physically fit (exercising at the gym three times a week for decades). Most of all, he enjoyed spiritual activities, having accepted Christ at an early age. Dale became a Reverend and taught the Bible with anyone that he could. He sang at funerals, churches, and nursing homes with a voice that many called beautiful. Dale did all of this to the best of his abilities until his very last days. Around Chattanooga many called him the singing preacher. The singing preacher will be missed.

The funeral service will be broadcast live beginning at 1:00 PM EST Monday, April 5, 2021 at https://www.facebook.com/jpfchattanooga.

To send flowers to the family or plant a tree in memory of Rev. Dale C. Troupe Sr., please visit our Heartfelt Sympathies Store.

There are no events scheduled. You can still show your support by sending flowers directly to the family, or planting a memorial tree in memory of Rev. Dale C. Troupe Sr..
Visit the Heartfelt Sympathies Store

We encourage you to share your most beloved memories of Rev. Dale C. here, so that the family and other loved ones can always see it. You can upload cherished photographs, or share your favorite stories, and can even comment on those shared by others.

Posted Apr 08, 2021 at 02:27pm
God called a good person home to receive a well deserved rest. Rest in peace my friend.
Prayers for the family on your loss.
Comment Share
Share via:
AC

Posted Apr 05, 2021 at 01:31pm
Uncle Dale you will be trying miss,you shown example of what a real man's supposed to be in life put you God first you respect your parents.You love your brothers and sisters and I know you was a good husband to your wife and your children.You was blessed to have a host of friends. The highways will miss you God bless you to have a wonderful blessed life. Thank Uncle Dale for taking me to the movies when I was a young man. Thank you for taking me out of town as well and let me be myself. He was the kind of Uncle that a young man could talk to and felt comfortable being around you may God bless your soul. Much love to you from your nephew Tony cash from Detroit Michigan.
Comment Share
Share via:
BC

Posted Apr 05, 2021 at 12:12pm
I was sorry to read about Rev. Troupe's passing. I met him years ago through Church Women United. He was a central figure in that group's music, and he gave women rides to and from the meetings. He went to my church and sang "Sweet Little Jesus Boy" (as no one else could!) and also "Oh, Holy Night," and it was a privilege to accompany him on the piano. All of us will miss him.
Comment Share
Share via:
JS

Posted Apr 02, 2021 at 08:01pm
Rev. Dale, was the name I called him. He had a BEAUTIFUL singing voice. I will miss talking to him. My prayers will be with his children and siblings..
Comment Share
Share via:
KB

Posted Apr 02, 2021 at 07:47pm
So sorry to hear of his passing. People loved to hear him sing as I accompanied him on the piano at CHI Memorial and at NHC Nursing Home. Sure did enjoy the chow-chow he made. -- Keith Bobo
Comment Share
Share via: 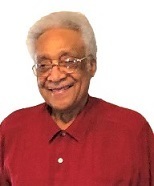