To share your memory on the wall of Noah Oliver, Jr., sign in using one of the following options:

Provide comfort for the family by sending flowers or planting a tree in memory of Noah Oliver, Jr.

Provide comfort for the family by sending flowers or planting a tree in memory of Noah Oliver, Jr.

Among those who preceded Noah in death include his parents, Noah Oliver Sr. and Sally Oliver; wife, Annie Lulu Oliver; sons, Noah Oliver,III, and Alfred Oliver.

To send flowers to the family or plant a tree in memory of Noah Oliver, Jr., please visit our Heartfelt Sympathies Store.

Receive notifications about information and event scheduling for Noah

We encourage you to share your most beloved memories of Noah here, so that the family and other loved ones can always see it. You can upload cherished photographs, or share your favorite stories, and can even comment on those shared by others.

Posted Mar 26, 2021 at 06:25pm
Dearest Family
All of the members of the American Legion from across this great state join me in extending condolences on the passing of your dear Mr. Noah. May the God of ALL COMFORTS now go to work to heal your hearts as you travel forward on a grief journey for a ways. Someone wrote, "Healing comes through story." May God send 10,000 stories to be shared with the world for as long as you want. Share the "good stories, the bad stories, and the silly and sad stories." May He surround you by people who will listen carefully. I have come to believe that it takes 10,000 hugs to figure out a grief journey. Travel well and know that we are so grateful for the service of a faithful sailor and are proud to honor him today. May our gracious and loving God walk with you hand in hand and lift your spirits and bring the joy to fill your hearts.

Posted Mar 21, 2021 at 01:13pm
My condolences to the Family. I moved to Chattanooga in 1978 to work for TVA. Mr. Oliver was one of the first to welcome me and offer to help in anyway, both on and off the job. His kindness and empathy will never be forgotten.
Leroy Norris, Yemassee, SC
Comment Share
Share via:
5P

Posted Mar 19, 2021 at 05:15pm
Noah was widely respected by many people at many places including the Mountain City Club. If there is ever a sequel to the movie, "Driving Miss Daisy" he would have been the perfect character of Hope(Morgan Freeman) for the kind way he treated my aunt, Betty Smith. Thank you, Noah. Jerry H. Summers
Comment Share
Share via:
CM

Condolences to the family. Gloria and family I am so sorry for your loss. Prayers to all of you.....Valarie Cox 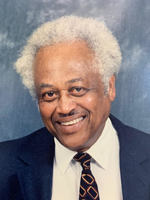