To share your memory on the wall of Napoleon Clark, Sr., sign in using one of the following options:

Provide comfort for the family by sending flowers or planting a tree in memory of Napoleon Clark, Sr.

Provide comfort for the family by sending flowers or planting a tree in memory of Napoleon Clark, Sr.

Napoleon was born September 4, 1947, in LaFayette, Georgia, grew up in Dewberry, Georgia, and eventually settled in Chattanooga after returning from the Vietnam war. He was baptized into the Church of Christ at an early age. After graduating from Hill High School in 1966, Napoleon joined the U.S. Army, serving his country honorably for 8 years. He was a proud Vietnam war veteran and recipient of the Bronze Star. Napoleon retired from the U.S. Postal Service in October 2009 after 38 years of hard work and dedicated service. He was a licensed barber and loved to cut hair at Jackson’s Barber Shop after retirement. After the passing of his wife Virginia, Napoleon started serving as a volunteer at the Community Kitchen where he also gave free haircuts to the homeless. Napoleon enjoyed spending time with his grandchildren, working outdoors, and creating lots of laughter with his well-known sense of humor, usually laughing just as much or more at his own jokes. Napoleon is loved and will be greatly missed by his family and friends.

The family requests that those coming for visitation and funeral services to please wear face masks and practice social distancing.
Read Less

To send flowers to the family or plant a tree in memory of Napoleon Clark, Sr., please visit our Heartfelt Sympathies Store.

Receive notifications about information and event scheduling for Napoleon

We encourage you to share your most beloved memories of Napoleon here, so that the family and other loved ones can always see it. You can upload cherished photographs, or share your favorite stories, and can even comment on those shared by others.

Posted Mar 31, 2021 at 05:33am
Condolence and Sympathy in your hour of need. May God and our Heavenly Father Jesus wrap his arms around you the family and give you comfort and piece in your time of need. Sorrow last for a minute but Joys comes in the morning.
Comment Share
Share via:
MC

Posted Mar 30, 2021 at 12:13am
Its is with a heavy heart I send love and comfort to our family, to be absent from the body is to be present with the lord, Napoleon you are loved and will be missed dearly i will remember the good times and how you were there for my mom. May god grace and mercy comfort and cover our family as only he know how.
love Eternal your cousin Michael N. Clark
Comment Share
Share via:
HS

Posted Mar 24, 2021 at 10:11am
Napoleon was the best Father in law I ever had with his guidance and support with my kids they loved him. Everytime me talk it was always laughter.He will be deeply missed. ( LeslieHenerson)
Comment Share
Share via:

Posted Mar 20, 2021 at 11:19pm
Condolences to the family of Napoleon, May God comfort you doing your time of grief and despair. May your heart feel the love of God during this time. 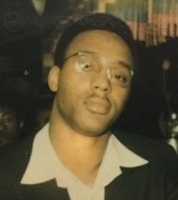