To share your memory on the wall of Michael Hicks, sign in using one of the following options:

Michael accepted Christ at an early age and joined Union Grove Missionary Baptist Church. He graduated from Howard High School in 1966. Following high school, Michael served his country during the Vietnam War. Michael’s favorite pastimes were watching and attending sports events and playing dominoes. Later in life, Michael met and married Brenda Dorrell to which one son was born from their union.

To send flowers to the family or plant a tree in memory of Michael Hicks, please visit our Heartfelt Sympathies Store.

Receive notifications about information and event scheduling for Michael

There are no events scheduled. You can still show your support by sending flowers directly to the family, or planting a memorial tree in memory of Michael Hicks.
Visit the Heartfelt Sympathies Store

We encourage you to share your most beloved memories of Michael here, so that the family and other loved ones can always see it. You can upload cherished photographs, or share your favorite stories, and can even comment on those shared by others.

Brian J Mills and Gwen and Wendell sent flowers to the family of Michael Hicks.
Show you care by sending flowers

Posted May 20, 2021 at 02:34pm
Rest in peace and condolences, thoughts and prayers to the family.
Gloria Bone (Family of Margaret Sparks)
Comment Share
Share via:
BM

Flowers were purchased for the family of Michael Hicks. Send Flowers

Gwen and Wendell purchased flowers for the family of Michael Hicks. Send Flowers 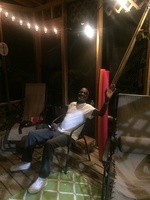