To share your memory on the wall of Maurice Millener, sign in using one of the following options:

Print
Mr. Maurice Millener was born July 7, 1950 to George and Myrtle Millener (Bowden) in Chattanooga, Tennessee.
He graduated from Howard High School in 1968 and enlisted in the United States Navy in 1969.

He married his wife, Mary ... Read More
Mr. Maurice Millener was born July 7, 1950 to George and Myrtle Millener (Bowden) in Chattanooga, Tennessee.
He graduated from Howard High School in 1968 and enlisted in the United States Navy in 1969.

He married his wife, Mary Millener, in 1976, and moved to Norfolk, Virginia. He traveled to several places throughout his military career to include Mayport, Florida,; Sugar Grove, West Virginia; Charleston, South Carolina; and finally settled in Memphis, Tennessee in 1988, where he retired in 1991. He earned several awards while serving his country to include 5 Good Conduct Medals, the Sea Service Deployment Ribbon, and the Navy and Marine Corps Expeditionary Medal.
Maurice was highly skilled in his military career and had several hobbies. Some of which included dancing, listening to music, shopping, watching his favorite sports teams and enjoying the great outdoors.

He is preceded in death by his parents, his wife, his brothers, Frederick Millener and Lebron Millener; sisters, Gloria Jean Rodgers, and Shirley Ann Allen.

To send flowers to the family or plant a tree in memory of Maurice Millener, please visit our Heartfelt Sympathies Store.

Receive notifications about information and event scheduling for Maurice

We encourage you to share your most beloved memories of Maurice here, so that the family and other loved ones can always see it. You can upload cherished photographs, or share your favorite stories, and can even comment on those shared by others.

Flowers were purchased for the family of Maurice Millener. Send Flowers 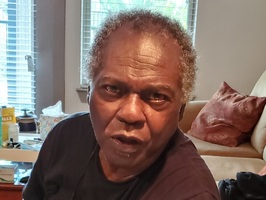 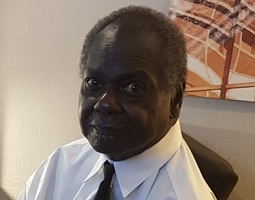