To share your memory on the wall of Matthew Emory Watson II, sign in using one of the following options:

Matthew worked at Carter Carburetor Company as a Supervisor until its closure in 1985. Matthew was a loving father who taught his daughter to fish and his son to draw. He had a great love of life.

Playing dominos and backgammon were some of his favorite pastimes. His warm personality and gentle voice were contagious to everyone he met. His battle with serious health issues showed his courage in facing life challenges with a smile. Despite the pain, Matthew was a hero and stayed strong until the very end.

To send flowers to the family or plant a tree in memory of Matthew Emory Watson II, please visit our Heartfelt Sympathies Store.

Receive notifications about information and event scheduling for Matthew Emory

We encourage you to share your most beloved memories of Matthew Emory here, so that the family and other loved ones can always see it. You can upload cherished photographs, or share your favorite stories, and can even comment on those shared by others. 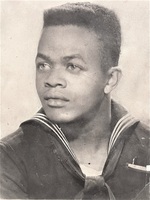