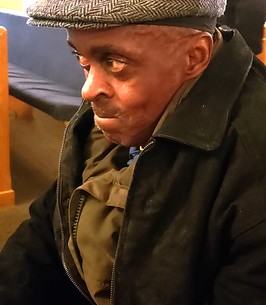 He was baptized at New Hope Missionary Baptist Church at an early age.

A memorial celebration of life will be held at a later date.

"God saw the road was getting rough,

The hill was hard to climb;

He gently closed those loving eyes

And whispered, “Peace Be Thine.”

The weary hours, the days of pain,

The sleepless nights have passed;

Has found sweet rest at last.

God saw that you were weary

So He did what He knows best.

He came and stood beside you,

And whispered, “Come and rest.”

You bid no one a last farewell,

Not even a goodbye.

You were gone before we knew it,

And only God knows why."

Rest in Christ "Eye" until we meet again!