To share your memory on the wall of Juliette Thornton, sign in using one of the following options:

Print
Juliette Rodgers Thornton was born on April 17, 1947 to Flossie and Cleatus Rodgers, Sr. who preceded her in death. She fell into a deep sleep on July 16, 2020, to be with the Lord who was the Head of her life.

Juliette accepted Christ ... Read More
Juliette Rodgers Thornton was born on April 17, 1947 to Flossie and Cleatus Rodgers, Sr. who preceded her in death. She fell into a deep sleep on July 16, 2020, to be with the Lord who was the Head of her life.

Juliette received her education in the Chattanooga Public Schools and graduated with honors from Riverside High School in 1965 where she was crowned Miss Senior. She remained very close to her classmates and was looking forward to this year’s class reunion.

Juliette graduated from Knoxville College in May 1969 with a Bachelor of Arts degree in Psychology. Juliette went on to obtain a Master’s of Science (M.S.) degree in Organizational Psychology from the University of Tennessee at Chattanooga in May 1978. She was an active member of the Knoxville College Alumni Chapter. While at Knoxville College she was initiated into the Gamma Eta Chapter of Alpha Kappa Alpha Sorority, Inc. in November 1967. In 1969, she was honored to be crowned, “Queen Fashionetta.”

Among her many accomplishments, Juliette was a Charter member of the National Coalition of 100 Black Women, Chattanooga Chapter. Through the years she remained a dedicated member, served as Parliamentarian for several administrations, and was active on various committees, willingly sharing her scholarly viewpoint. In the Chapter’s formative years, Juliette was the originator of one of the annual signature events, the Black Pioneer Woman of Excellence Awards Program, now in its nineteenth year. She was a classic example of true sisterhood and embraced the mission of NCBW in all that she did on behalf of the chapter.

Juliette was a Charter member of the National Museum of African American History and Culture.

Juliette was friendly and enjoyed talking to people who came from all walks of life. She never met a stranger and loved to give wisdom to both the young and the “matured”. She loved her family to no end and was known as the “Historian” within the family circle. She especially loved all the children as if they were her own. Holidays were very special to her. During this time, she made sure that everyone in her immediate family got at least two gifts thus creating a trend she has passed onto her daughter.

Juliette enjoyed traveling all over the world including going to her summer home in Florida and meeting new people. She loved cruising.

A public viewing will be held 2:00 – 6:00 pm Wednesday, July 29, 2020 at the funeral home. A private funeral service will be held. Interment: Forest Hills Cemetery.

The funeral service will be broadcasted live at 11:00 am EST Thursday, July 30, 2020 at www.johnpfranklinfuneralhomefacebook.com.

To send flowers to the family or plant a tree in memory of Juliette Thornton, please visit our Heartfelt Sympathies Store.

Receive notifications about information and event scheduling for Juliette

We encourage you to share your most beloved memories of Juliette here, so that the family and other loved ones can always see it. You can upload cherished photographs, or share your favorite stories, and can even comment on those shared by others.

Rev. James H. Cantrell, Darrick & Angela Fullwood & Family, and other have sent flowers to the family of Juliette Thornton.
Show you care by sending flowers

Posted Aug 17, 2020 at 02:21pm
Dear Angela, just heard of your moms passing. My prayers are with you and your family. I would always tell her to give you my love, however I now send my hugs, kisses and love. if I can do anything for you please contact me at Good Neighbors (423) 266-1772. P.S. don't know if you remember me, but I use to play piano and organ for New Emmanuel and Fellowship.
Comment Share
Share via:
A

Posted Aug 05, 2020 at 01:34pm
To My Beautiful Mother,
I love you so very much. I miss you so much. I miss your beautiful smile, unconditional love and your voice. Thanks for showing me God in everything that you did. You have taught me so much but this is the hardest lesson I’ve had to deal with it. I pray daily. I’m leaning in faith now. I pray that you will continue to be with me in everything that I do. I need you as my guardian “Angel” since you”re no longer here physically with me. I know you are resting in Heaven but do know that I miss you and this hurts so much. I will never forget our talks, conversations on the phone, our trips, how happy you were to see me when I came home. I will miss you editing my work. You worried so much about me. I worried about you too. I know this is the hardest thing we’ve ever had to do. I know you’ll always be with me. Wherever I will go. No one needs to show me. I will always know. I don’t know what to do, Mom. I never thought I’d lose you. Where I’ll go from here, I still haven’t got a clue. I hope you’ll watch over me, be my guiding light. Give me the strength I need to win this endless fight. You’re my guardian angel, Mom, sitting on my shoulder. Whispering your words of wisdom to use as I get older. I don’t want to say goodbye, But we'll meet again someday. We’ll pick up where we left off before you went away.

Momma, I Love 💕 you with all my heart.

Posted Jul 30, 2020 at 11:57am
We Love you and Thank you for all the wonderful seeds you have sown in this Lifetime.I can see that Pink& Green crown. Love the Anderson Family.

Posted Jul 29, 2020 at 07:43pm
I wish the family of Soror Juliette Comfort through this period and strength in the days to come . I attended Knoxville College from 1965-1969 . I pledged Gamma Eta in 1966 . Juliette has made it Beyond the Wall. Rest eternally .
Comment Share
Share via:
HS

Posted Jul 29, 2020 at 03:33pm
Angela, My heartfelt condolences go out to you and your family. Your mother will be greatly missed. Love Your Soror, Dr. Leslie Black

Flowers were purchased for the family of Juliette Thornton. Send Flowers 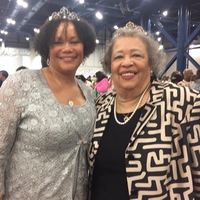 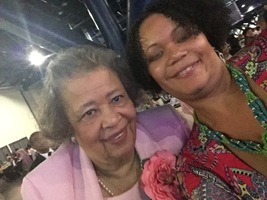 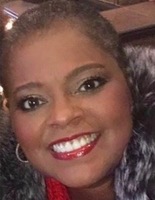