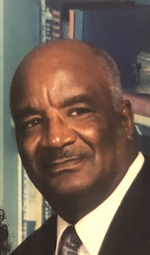 James Lee Cunningham, affectionately known as “Jelly Bean”, of South Pittsburg, Tennessee, was called home to be with Lord on Monday, April 12, 2021, at the age of 90 years old. He was born on October 10, 1930 to Malinda Cunningham Hutchins in South Pittsburg. He joined the U.S. Army in 1950 and fought in the Korean War. After 25 years of service in the Army, he then worked as a laborer with TVA for 16 years. He was a member of Mt. Bethlehem Baptist Church for many years and a faithful member of the Senior Choir. Fishing was one of his greatest passions. He also had a great fondness for dogs (man’s best friend), having owned several.