To share your memory on the wall of Herman Grier Sr., sign in using one of the following options:

Provide comfort for the family by sending flowers or planting a tree in memory of Herman Grier Sr.

Provide comfort for the family by sending flowers or planting a tree in memory of Herman Grier Sr.

He was a veteran of the United States Army, a retired educator, and a member of Washington Hills United Methodist Church.

As a father and educator, Herman Grier, Sr. strove to take care of people; to guide and encourage them to succeed. In his retirement, he remained a vigilant educator and prepared his grandson in both academic and life lessons. Through the lessons and the example he set, he taught his son the meaning of being a good father. He was a direct and assertive man who would always encourage you to move forward when you felt weak. Like his late wife, as an educator, he cared for many as if they were his family. He will be greatly missed.

He is preceded in death by his parents; and by 25 days, his Gloria Grier.

To send flowers to the family or plant a tree in memory of Herman Grier Sr., please visit our Heartfelt Sympathies Store.

Receive notifications about information and event scheduling for Herman

We encourage you to share your most beloved memories of Herman here, so that the family and other loved ones can always see it. You can upload cherished photographs, or share your favorite stories, and can even comment on those shared by others.

Posted Jan 06, 2021 at 11:10pm
Sending prayers of God’s comfort and strength to the family of Herman and Gloria Grier. I had the pleasure of serving under Mr. Grier during my teaching career with HCDE at Calvin Donaldson Elementary. He was a firm and passionate administrator that was still open to new ideas and suggestions that elevated learning experiences for the children we served. His beautiful wife Gloria was always there supporting us. May they both rest in eternal peace.
Barbara Shepherd
Comment Share
Share via:
SR

Posted Jan 06, 2021 at 02:17pm
Herman Jr., I am so sorry to hear of the passing of your parents so close together. As close as they were, they would not have had it any other way. I am praying that the Lord will provide you and yours with peace and comfort during this time of bereavement.
Love you Cuz,
Sheliah Rivers
Comment Share
Share via:
SR

Posted Jan 06, 2021 at 10:12am
Herman Jr., I am so sorry for the loss of both of your parents in such a short period of time. God certainly makes no mistakes. I am praying for you and your family that you will be comforted in the days and months ahead.
Love you Cuz,
Sheliah Rivers
Comment Share
Share via:
HS

Flowers were purchased for the family of Herman Grier Sr.. Send Flowers

Posted Dec 28, 2020 at 08:24pm
Herman, I am so sorry that you are so soon walking this path again. I am praying for you and your family.
Comment Share
Share via: 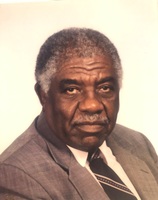